iPhone 5, sensibility or stupidity in buying one

The Apple iPhone 5 has only been available for a few weeks and although it received glowing praise from many it’s fair to say it has also been beset by problems. We’ve detailed many of these issues now and looked at how iOS 6 offers nothing exclusive to the iPhone 5 and it makes us wonder about the sensibility or stupidity of making the upgrade from the 4S to the iPhone 5 or whether you’d be better off saving your money.

When the iPhone 5 was first announced we looked at the specs compared to the iPhone 4S and the major differences were the increase in processor power and the expanded display size with increased resolution. The front-facing camera was also improved and the latest iPhone also has LTE connectivity (great, but only if you live in the right area) while aesthetically the iPhone 5 is even slimmer than the 4S. However is that enough to consider making the upgrade if you already have the iPhone 4S?

Of course the iPhone 5 was also launched running the new Apple mobile operating system, iOS 6, and that will have appealed to many. However as we discussed in a previous article, this time around the new OS offered nothing exclusive to the iPhone 5 than it did to people updating to it on the iPhone 4S. For example when the iPhone 4S was launched last year on the latest OS at that time, iOS 5, the Siri voice assistant was exclusive to those using the latest iPhone. This time around there was no real benefit to purchasing the new iPhone as all the advantages of iOS 6 came to the iPhone 4S too.

Speaking of iOS 6 of course, that hasn’t been without criticism too, the main bone of contention being the new Apple Maps app, so anybody purchasing the iPhone 5 just to get iOS 6 built-in may have felt it wasn’t worth their while. Apart from this there have been so many problems reported for the iPhone 5 (some of which we summarized here) and while these may not have been major or widespread issues, they are things you don’t expect for a product that costs such a lot of money. We have also heard of more problems over the last few days. Yesterday we told of a new issue that some customers have reported regarding the display where a green glow becomes visible around the screen. Today we have heard of a new problem about graphics glitches on the screen and keyboard. 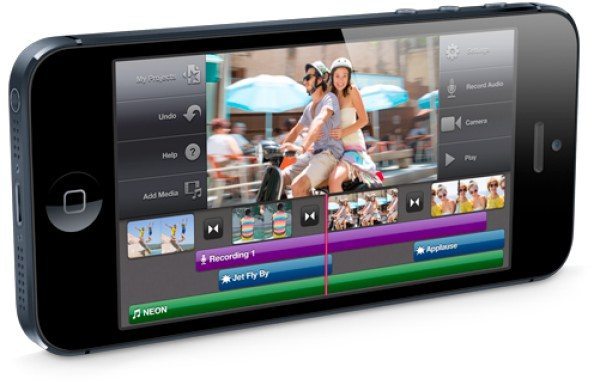 As The Next Web reports, iPhone 5 users have reported glitches, mostly apparent on the keyboard and particularly when users are about to input text in a pop up windows. It’s also stated that this most often happens in the App Store but the site has, been following the situation and have also noticed these glitches on app icons and elsewhere. Although it’s not yet clear whether this is down to faulty hardware or a software issue, TNW seems fairly confident that it is a problem that a software update could fix. If we hear further developments on this then we’ll let you know.

When considering the sensibility or stupidity of buying an iPhone 5 then we need to take into account the fact that the iPhone 5 is certainly faster and has a larger display than the 4S. As for iOS 6 though, it offers nothing for iPhone 5 users that iPhone 4S users don’t also benefit from and of course on top of that there are the many problems such as scuffgate, that have also been reported for the iPhone 5 along with these latest issues. We have spoken to many consumers about this and plenty of people have used the word ‘stupid’ about purchasing an iPhone 5 seeing it as a trend that people follow rather than for the actual product on offer.

Ultimately we’d say that if you’re on a contract, thinking of upgrading and the iPhone is your choice of device, of course it is likely to be worthwhile. However if you’re laying out the full cost for the iPhone 5 the question of whether the upgrade is worth it may well depend on your current phone. For instance I am using an iPhone 4S and don’t feel the iPhone 5 offers significantly more to make it worth upgrading to. On the other hand my partner was using an iPhone 3GS and the differences between that and the iPhone 5 are much more apparent and so spending money to update the phone makes more sense.

We’d really like to hear your views on this. Upgrading to the iPhone 5, sensible or stupid? Have you already upgraded and are pleased you did? Maybe you made the decision not to update just yet and will wait for the iPhone 6, or whatever the next iPhone will be dubbed? Let us know with your comments.

9 thoughts on “iPhone 5, sensibility or stupidity in buying one”