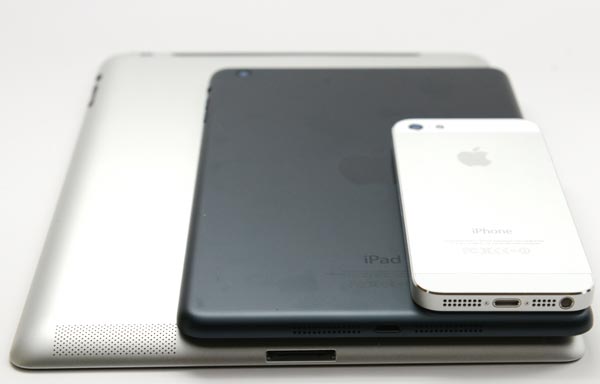 Samsung has been known to hit the smartphone industry with a number of models, which is tackling Apple with diversity rather than just one successful handset and these devices launch throughout the year. Apple’s upcoming iPad 5, iPad mini 2 and iPhone 5S will no doubt sell extremely well no matter what the release date ends up being, but should they really all launch around the same time?

Apple has changed since Jobs — in our opinion things have changed a lot since Steve Jobs, and after owning every iPhone and iPad to date we have some hands-on insight that spans many years when it comes to Apple products. There’s definitely been a big change at Apple since Steve Jobs passed away, although it is still up for debate if things are getting better or worse?

Like many of our readers, we noticed the change from WWDC to fall when releasing the iPhone 4S after a long wait reportedly due to supply problems. Some technology websites hoped to see the iPhone 5 launch back at WWDC 2012, which never happened and the current iPhone ended up launching around one year later at the end of last year.

Apple’s iPhone 5S release date will be fall again — we clarified the fact that an iPhone 5S would unlikely release at WWDC 2013 without revealing some supply chain movement, which hasn’t happened to date and considering the event is next month suggests another fall release date window.

We are also seeing the same pattern as last year when it comes to a fall launch for iPad 5 and iPad mini 2. This means Apple’s biggest upcoming products will all release right next to each other again, which really doesn’t seem good business sense in our opinion.

The end of this year will be very crowded when it comes to new Apple products, and if you want to purchase an iPhone 5S, iPad 5 and iPad mini 2 on their release date…it will cost you a lot of money considering the launches are likely going to be days apart.

Do you think Apple should spread the iPad 5, mini 2 and iPhone 5S release dates throughout the year? Should the iPhone 6 return to WWDC in 2014? Whatever Apple plan to do with their release schedule is clearly going to have major consequences for both consumers and business, which has been seen with a mobile telecommunications company making big changes for the next iPhone and consumers having to consider timing a 24-month contract upgrade if a bigger iPhone 6 update could arrive at WWDC next year.

If an iPhone 5S arrives as a minor update it won’t be welcomed by long-time iPhone users, which many of these loyal users are asking for some big changes for the next iPhone in 2013.

We’d also love to know if you would consider purchasing an iPad right now knowing that a new iPad 5 and mini 2 will most likely release in around 4 months? You can read about tactical price drops happening already.

12 thoughts on “iPad 5, mini 2 and iPhone 5S overcrowding at release”