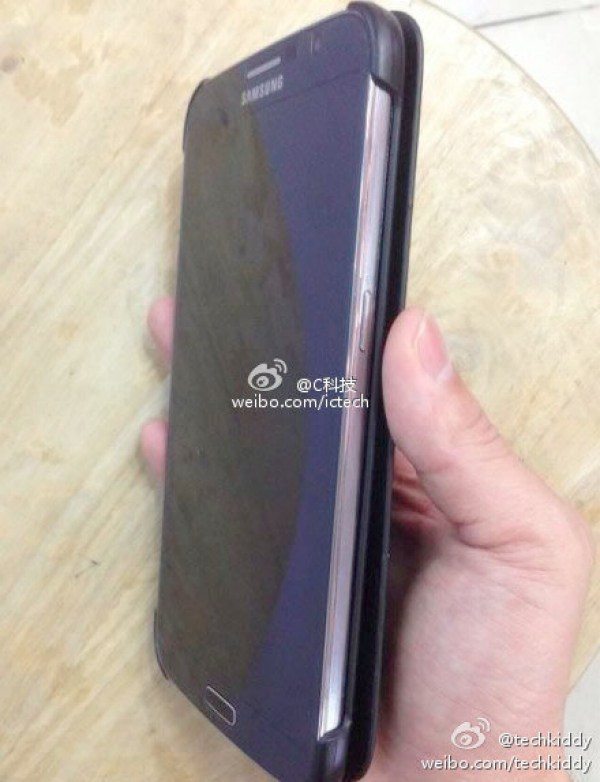 There are many of us who are trying to wait patiently for the release of the Samsung Galaxy Note 3, and we’re itching to see what it will look like. Today we have a leaked image claiming to be of the Galaxy Note 3 (Note III), hot on the heels of another photo that we showed you yesterday. It seems that as often happens with popular upcoming devices, these leaked details are starting to multiply to tease us.

We don’t expect this smartphone to launch until around September or October, although the closer we get to an official introduction, the more leaked images and specs we are seeing and hearing about. Two weeks ago we showed readers a leaked picture purporting to be of the Samsung Galaxy Note 3 (or prototype of it), and shortly afterwards showed readers another image that looked to be very similar to the previous one, but depicting the phone alongside other devices.

Then just yesterday we informed readers of yet another mystery photo that had come to light, again claiming to be the Galaxy Note 3, although this one looked slightly different to the previous images. Now to tease us all further, one more leaked photo that could be the Note 3 has now emerged from a Chinese source. The device shown on Weibo looks to tie in with the styling of the just-released Samsung Galaxy S4, as we would expect.

This latest image (shown below) has a slimmer Home button and looks to have metal sides, although this could just be metal-look. It also has very slim bezels, as on the previous leaked photo. The same leaker has also given some purported specs for the device, and they tie in closely with specs that have previously been widely rumored. These include a Qualcomm Snapdragon 800 or Exynos 5 Octa processor, 5.99-inch full HD display and 13-megapixel rear camera, and it looks likely to run on Android 4.2.2 Jelly Bean.

Of course we cannot verify any of these leaked images or specs at the moment, but one thing we can be sure of is that these leaks will continue to tease (or torment!) us in the run up to the official unveiling of the Samsung Galaxy Note 3. We’ll be following all the news and speculation and will continue to keep you informed. You may also be interested in a previous post where we showed an image pertaining to have been taken with the Samsung Galaxy Note 3 camera.

What are our thoughts on this latest leaked image purporting to be of the Samsung Galaxy Note 3? If this did in fact turn out to be the real deal, would you be pleased with the design or not? Let us know with your comments.