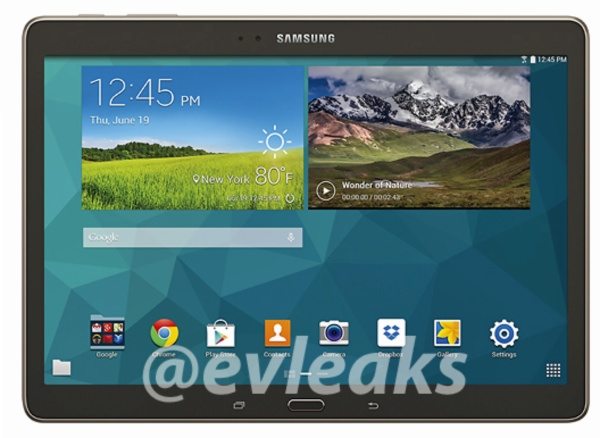 We’ve been seeing continuous leaks about the new Samsung Galaxy Tab S tablets, and earlier this month we saw some specs of the device that will be available in both 8.4 and 10.5-inch sizes. It looks as though these will be top-notch, and today we can show you some Samsung Galaxy Tab S 10.5 press photos that have leaked.

There have already been a couple of leaked images (here and here) for the 10.5-inch version of the Galaxy Tab S, but these are the first photos we’ve seen that purport to be official press images. They comes from reliable leaker @evleaks and they show the tablet to be very slim and featuring Samsung’s Magazine UX. 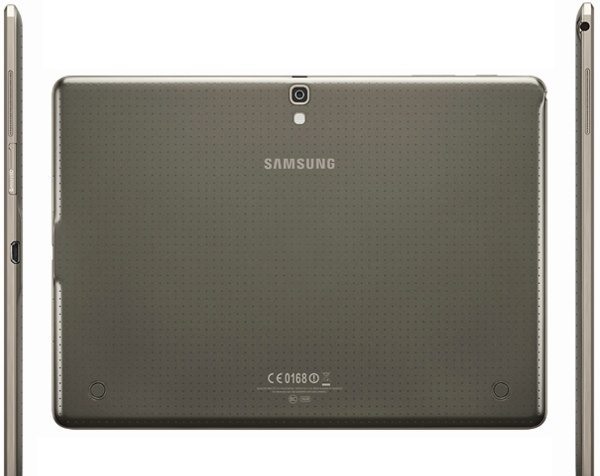 Unconfirmed specs so far include an AMOLED display with an impressive 2560 x 1600 resolution and Exynos octa-core processors. This info appears to have been virtually confirmed by a recent benchmark spot of the 8.4-inch Galaxy Tab S.

We expect to see the Samsung Galaxy Tab S devices made official on June 12, and we’ll be bringing you news on pricing and release dates as soon as these are confirmed. Do you like the sound of the new Samsung Galaxy S Tab 8.4 and 10.5?