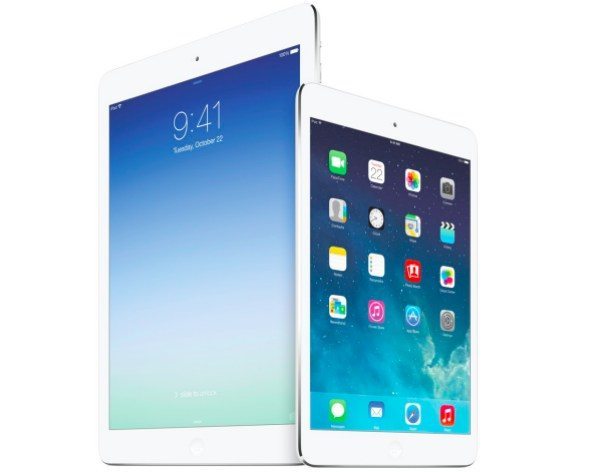 The new iPad Air release takes place tomorrow, and there are likely to be plenty of people visiting Apple Stores or trying to order it online. The iPad mini 2, aka iPad mini with Retina display releases at some point in November, and the same scenario is likely. Today we want to discuss iPad Air or Retina Mini upgrade decision time.

We’ve been keeping readers informed about all of the new iPad details since they were officially unveiled at the recent Apple event. Now many people are considering whether it’s worthwhile upgrading from their current iPad or iPad mini for the new iPad Air or iPad mini 2.

It’s also worth considering that some people will be trying to make up their minds between the iPad Air or iPad mini 2. Whereas there was a big distinction in size and weight between the iPad 4 and original iPad mini, that difference is not now so discernable as the iPad Air is much lighter than the iPad 4 while the iPad Mini 2 is slightly heavier than its predecessor.

It’s pretty odd to consider then that the new full-sized iPad is thinner and weighs considerably less than the iPad 4, whereas the new iPad mini is heavier and thicker than its predecessor. We’ve already given a specs comparison for the iPad 4 and iPad Air and many of the specs are pretty similar. The major difference is that the iPad Air and the iPad mini 2 both feature the new 64-bit A7 processor that first arrived in the iPhone 5S, as well as the M7 motion co-processor.

This is a notable difference, as shown in recent benchmark and GPU performance testing on the iPad Air. Apart from the size and weight differences the new processor set-up is the main factor to take into consideration when deciding whether to upgrade or not.

Other aspects worth taking into account about the iPad Air and mini 2 are that there’s an extra microphone on the back, which should result in better sound quality for video capture. Also the number of 4G LTE frequency bands have been expanded.

Neither the iPad Air or iPad mini 2 feature a fingerprint sensor though, and this was widely rumored after it appeared on the recently released iPhone 5S. However, we’re not sure this will be as big a disappointment to consumers as many people are currently suggesting.

As iPad Air stock is arriving at Apple retail stores and other suppliers such as Walmart it seems there will be plentiful supplies both in the US and internationally. If you want to order online then you can do so from 12:01 am Pacific Time in the US, (times vary elsewhere).

We’d like to know if you’ll be upgrading from your iPad 4 to the new iPad Air, or from the original iPad mini to the iPad mini 2 with Retina display? What is the main factor for you in deciding to make the upgrade? Maybe you can’t see enough in the new models to bother upgrading? Let us have your comments on this.